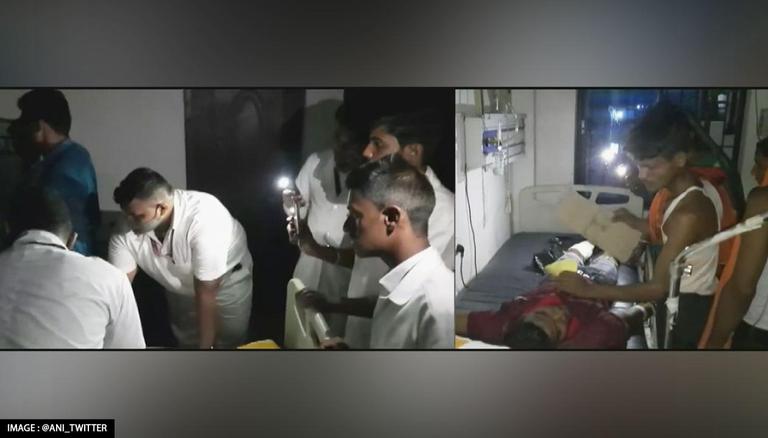 Without electricity at Sasaram hospital, doctors use mobile phones for treatment

In a shocking visual from Bihar’s Sasaram, a complete lack of proper facilities has been seen with doctors at Sadar Hospital treating patients in the emergency ward in the dark, using the light of mobile phones. The visuals show doctors treating patients without electricity in the hospital.

Talk to ANI Regarding this, Dr. Brijesh Kunar from Sadar Hospital said that they treat their patients in the absence of light as there is no electricity in the hospital. “The light is off here. It comes and goes. I don’t know what the problem is. We are facing problems,” Dr Kunar said.

Notably, patients were seen facing discomfort while there was no electricity in the hospital. These visuals represent the insincerity and irresponsibility in providing proper facilities to institutes like hospitals where a lack of electricity could cost a person’s life.

It is pertinent to mention that this is not the first time that doctors from Sadar hospitals are seen performing medical care without electricity.

Not the first time…

Last year, a similar incident occurred at Sadar Hospital in Sasaram in Bihar when a patient was treated by turning on a mobile flash at the hospital’s trauma centre. Due to the lack of infrastructure, doctors were forced to use light from cellphones to treat the patient. The patient’s family members filmed the entire incident.

The incident occurred when the power suddenly went out while the patient was being treated. The generator stored in the hospital also failed to start. In such a situation, Rinku Kumari (22), a resident of Karserua, Sasaram, was treated by turning on a mobile flash. When doctors were asked about the incident, they said they started treatment when the electricity suddenly went out and the generator operator did not turn on the generator immediately. They further added that because of this, the patient had to be seen by turning on the torch of the mobile. Claiming that there was no fault of the doctors or the hospital management, the doctor said that after some time the generator turned on.