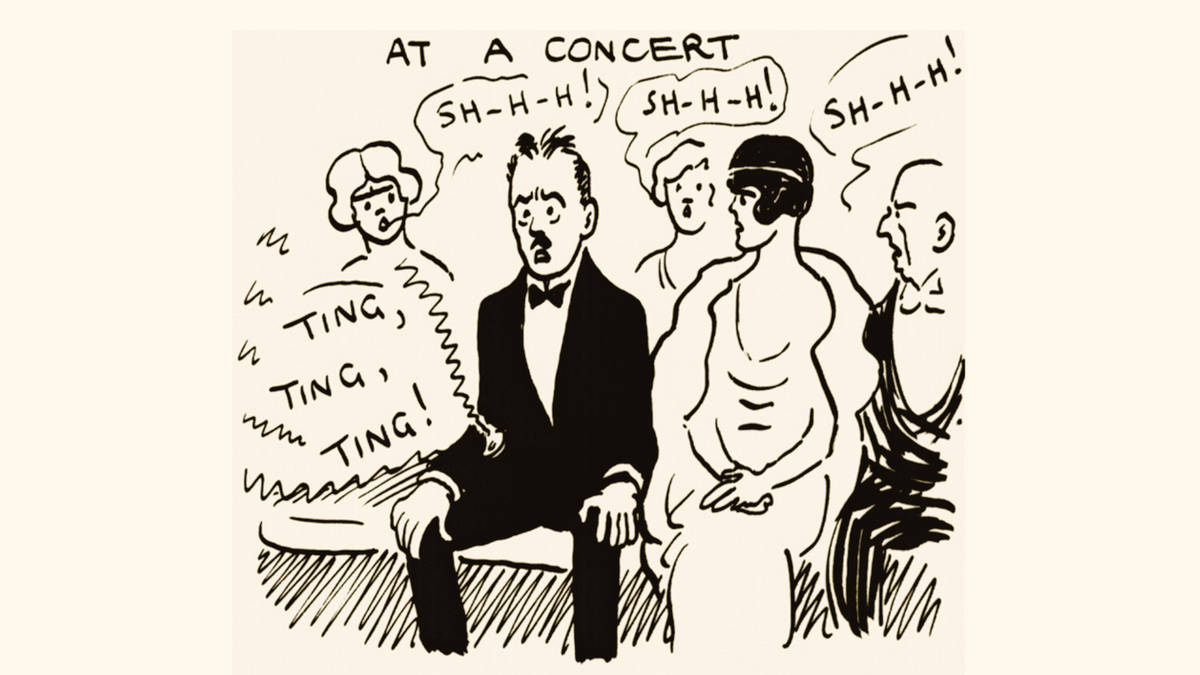 We have all experienced it. Seated in a concert hall or theatre, the audience is hushed, and the music on a beautiful pianissimo…

But it turns out that the English illustrator William Haselden (1872-1953) had predicted everything, a century earlier, in a cartoon called When we all have pocket phonesPosted in The daily mirror in 1919 when the telephone was a brand new invention.

He asked: what if we had a cell phone, pocket or *mobile* with us on a daily basis? And how could they interrupt concerts? It’s all pretty prophetic…

Read more: Did you know that Nokia’s original ringtone comes from a Spanish classical guitar piece?

The cartoon has been placed alongside other situations where this “pocket phone” could prove a personal annoyance and a social nuisance: whether on a crowded train, when you’re in a hurry, with babies, or even when you’re at the altar. .

Take a look at the full set of the remarkable prophecy below:

Haselden drew cartoons and political cartoons, but became most famous for his social commentary on middle-class fashions and mannerisms. His illustrations, such as this, were often drawn on a number of panels, for which he has been considered the father of British comics.

We wonder what he might have thought if he had been instantly transported to a concert 100 years in the future, and hearing the now ubiquitous announcement before the artists took the stage: “Could we please please ask everyone to put your phones on silent”.