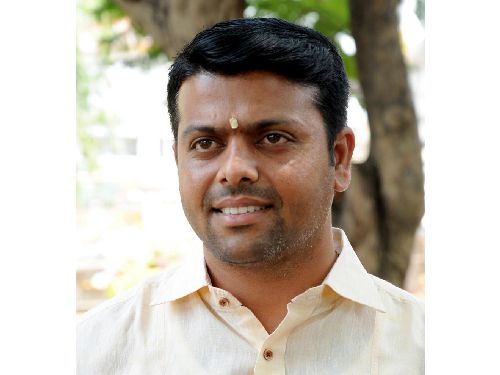 Mangaluru: Recalling the incident which occurred on Thursday, in which a disbeliever allegedly assaulted the car Belthangady MP Harish Poonja was traveling in at Farangipet fish market and threatened the driver of the car by showing a gun. In a complaint filed by the 26-year-old driver Naveen of the MP’s official car, said MP Harish Poonja traveled to Bengaluru on October 12 and arrived at Mangaluru International Airport at 7.07pm on Thursday. The MP then drove to Circuit House, Mangaluru for a meeting. After the meeting around 10:45 p.m., the MP left in a private car with his relatives Prashanth and Kushith.

We learn that the private car was advancing in front of the MP’s official car. When the official MLA car reached the Naguri Railway Over-bridge, a white Scorpio SUV started following it. The driver who noticed him informed the deputy by telephone. The deputy had in turn asked the driver to follow the car he was driving. However, the miscreant who was following the MP’s car overtook the car the MP was traveling and then assaulted the car near the Farangipet fish market and abused the driver Kushith and threatened him by allegedly showing a gun at around 11:15 p.m.

Naveen, the driver of the MP’s car, immediately parked the car near the police outpost in Farangipet. After making threats, the driver of the vehicle drove towards BC Road. The complainant alleged that the accused assaulted the two cars – the one the MP was traveling in and the MP’s official car and that he made threats in addition to assaulting the driver. One case was registered at Bantwal Rural Police Station under Sections 341, 504 and 506 of CIP. The police are looking for the disbelievers and the Scorpio SUV. On the same day, the accused Riyaz, aged 38, from Falnir in Mangaluru was arrested.

Later, Dakshina Kannada District Police, stepping up their investigation into the case, seized the Scorpio SUV, cell phones and a wrench, which were used as a weapon to threaten the MLA driver. Briefing the media, Dakshina Kannada SP Rishikesh Sonawane said, “A search was conducted at the home of the accused. Two cell phones and a wrench were seized from the accused’s SUV. The tool was used by the accused to threaten the plaintiff. The accused had the adjustable wrench by abusing the complainant. The investigation is open.”

Meanwhile, Dakshina Kannada MP Nalin Kumar Kateel said he ordered the police not to take the matter lightly. “According to NIA reports, Kerala residents are involved in ISI and PFI activities in Mangaluru. I ordered the SP and the Minister of the Interior to carry out a thorough investigation. We should not take small incidents lightly, which could have serious consequences in the future,” said MP Kateel. The Minister of Fisheries, Ports and River Transport, S Angara, also demanded a thorough investigation into the case and said that an organized network is trying to disrupt peace in the coastal belt. The police department was tasked with conducting a thorough investigation and tracking down the perpetrators of such acts, he said.