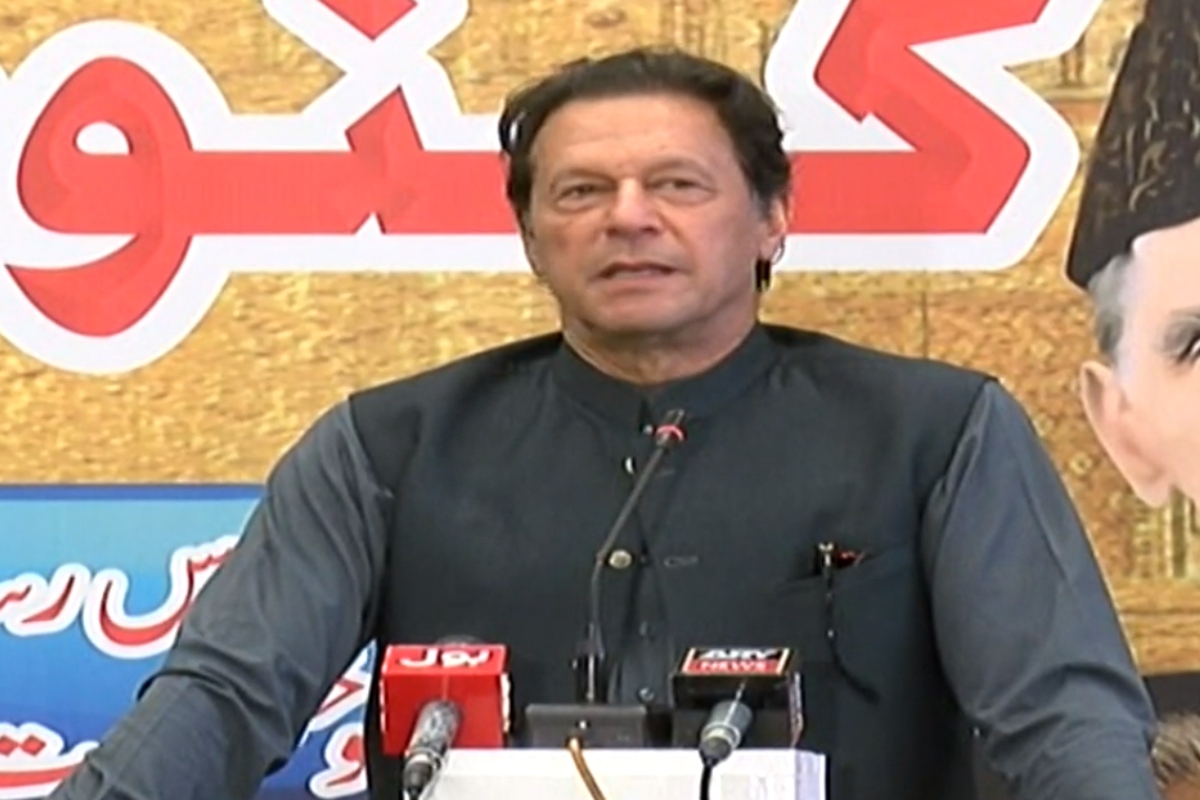 Sex crimes are on the rise because of cellphones: Imran Khan

Addressing a convention of Ulema and Mashaikh in Lahore, Imran Khan said the mobile phone is changing the world. The data available with children these days was not present with children earlier, he said. They had all kinds of X-rated documents as well as a great deal of good knowledge at their fingertips, he said.

“Therefore, it is imperative that we train our children through character building by teaching them Seerat e Nabi (SAWW). We have to prepare them to protect themselves,” he said, adding that when he was in power he called the IG police and asked them what crimes were increasing rapidly. The IG said sex crimes and child abuse were skyrocketing, mainly because of cellphones, he argued.

He said the justice system he had seen in Western countries unfortunately could not be seen in Pakistan. “The legal system in other countries is much better. When I talked about Riyasat e Madina, people couldn’t understand it initially,” he said.

The former prime minister said that Muhammad Iqbal through his poetry narrated that when the Ummah withdrew from the golden rules of Riyasat e Madina, its downfall began.

Imran Khan said he had never seen a poor country where corruption was not rampant. He said that corruption was the root cause of the impoverishment of a country. A country like Nigeria, where oil was abundant, was oppressed because of embezzlement, he said. On the other hand, he said that Switzerland, where there was nothing but beautiful mountains, prospered through respect for law and merit.

On January 2, Imran Khan had stressed the need for joint efforts to overcome the incidents of sex crimes and corruption in society.

He was speaking during the second part of the online dialogue with Muslim scholars from around the world organized by the Rehmatul Lilalameen National Authority under the theme “Riyasat-e-Madina, Islam, Society, and Ethical Revival”.

Imran had said that all Islamic countries including Pakistan faced similar problems such as poverty, child labor and corruption. He had said that the solution to all the ills of society lay in the teachings of the Holy Quran.