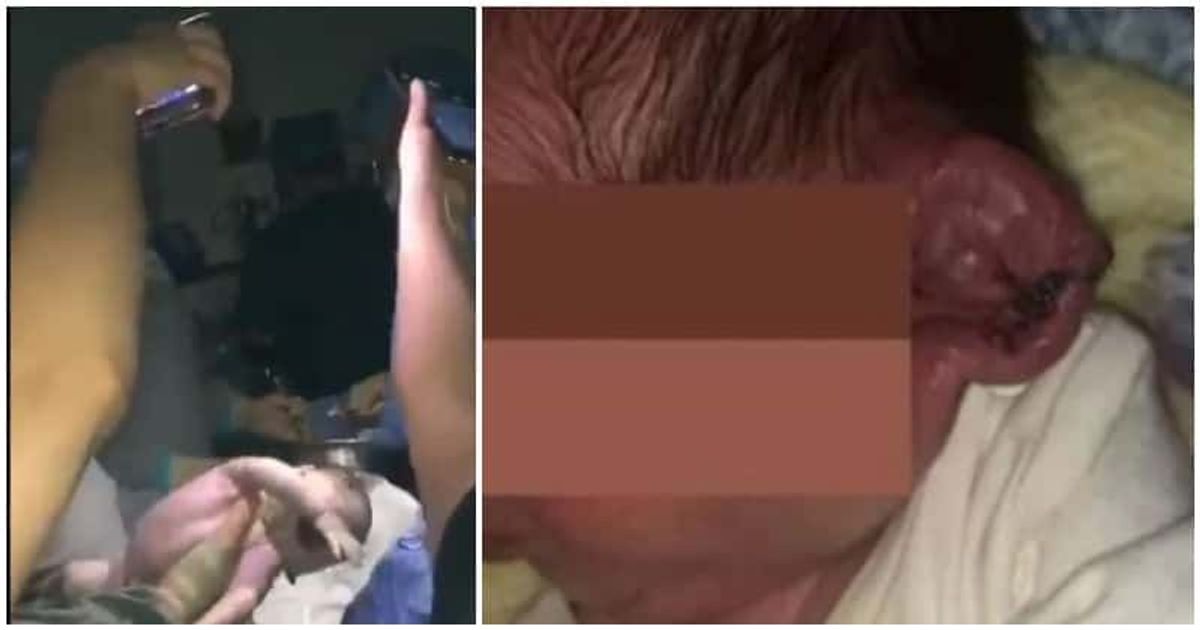 A doctor, who was performing a C-section at a Mexican hospital using three cellphones for lights due to a breakdown, nearly severed the newborn’s ear during the procedure earlier this month. On June 6, 19-year-old Karla Araceli Urizandi Martnez gave birth to Julián Adriel at the Clinica Internacional de Especialidades (CIE) in Mexicali, but the delivery did not go smoothly.

After the lights in the hospital went out and there was no emergency power supply, the doctor performed the cesarean under light only from cellphones. Juan Adriel Solis was duly born in the presence of a gynecologist and obstetrician, Dr. David Santoyo. But as Dr. Santoyo struggled to remove a hemangioma, a vascular birthmark that caused the infant’s skull to swell, he accidentally cut his left ear.

According to the Reforma newspaper, Urizandi allegedly told Dr Santoyo: “I don’t want to be operated on. [in the dark]I do not want to die. In order to complete the procedure, the medical team, under the direction of Dr. Santoyo, had to remove the infant’s left ear and part of the infantile hemangioma, sometimes called a strawberry.

Urizandi’s grandmother, Sonia Martnez Andrade, revealed to Reforma last week that her grandson was being treated at another hospital. Her hearing will be tested to see if she has been impacted. The damage caused the entire left side of the newborn’s skull to swell. Santoyo has not admitted guilt for cutting off the baby’s ear, according to Martnez, who also accused hospital staff of negligence. “He said to my son-in-law: ‘They cut off his ear, it wasn’t me'”, she says.

The baby is already healing from the frightening experience and the family has returned home, but Karla and her husband have filed an incident report with the Baja California attorney general’s office, accusing the hospital and doctors of negligence. . Martnez said the surgeon left the operating room before stitching up his daughter’s abdomen. She said another doctor tried to fix the baby’s ear. Neither the medical staff nor the hospital have been sanctioned so far.

Since its foundation in 1993, the CIE has been operating in the city of Mexicali for about 30 years. Santoyo and other C-section team members can be punished for medical malpractice, but the hospital can also face penalties, such as a large fine and temporary or permanent closure, for not having the bare minimum of infrastructure. Hospitals are supposed to have backup power sources and use them in case of emergency.