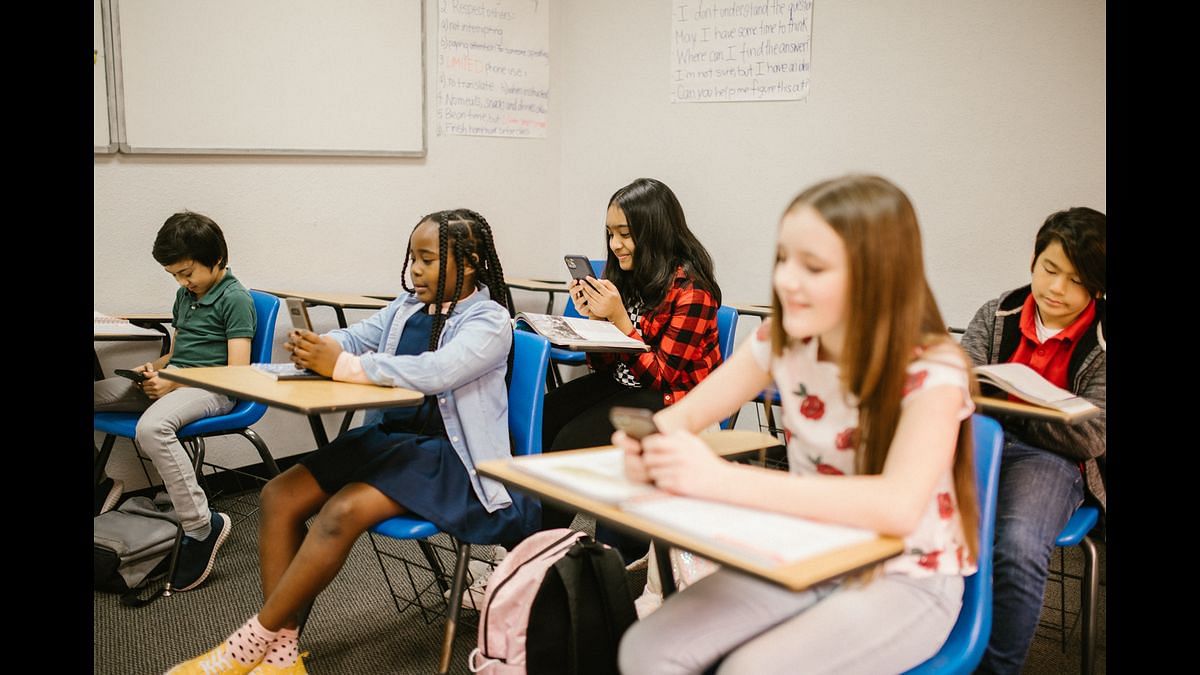 Instead of banning cellphones, schools should look at how they help students learn

MMost children in the UK own their own phone by the age of 11. In China, children are getting their first phone at an even younger age, with 88% of first- to third-grade students (aged six to nine) reporting having their own smartphone. .

If the children have their own phone, they can very well bring it to school with them – perhaps encouraged to do so by their parents for safety reasons. For schools, however, cell phones can be seen as a distraction. In France, the use of mobile phones is prohibited during school hours. However, research with teachers in China found that the school phone ban is difficult to enforce.

Another approach could be the adoption of school policies – rules or guidelines – that accept the inevitability of telephones in schools. Our recent research suggests that students, even in primary schools, can have the maturity to contribute to the development of appropriate policies.

Some research has shown that banning mobile phone use can improve students’ academic performance, especially for students from disadvantaged backgrounds. But this has not been consistently found in other research studies.

One of the reasons for the inconsistency of research findings is that studies have focused on different age groups and little consideration has been given to children’s maturity and academic motivation. This is important, as older children might be able to use their phones more appropriately.

For example, 18-year-olds have been observed to only use their phones during the “in-between” spaces of the classroom, such as at the start and end of a lesson or while waiting for instruction. Moreover, this use of the telephone tended to be a solitary activity and therefore did not interfere with learning. But it seems unlikely that teenagers or younger children will behave in the same way.

On the other hand, rather than viewing mobile phones as a distraction, they could be used to increase student engagement in learning. A Bring your Own Device initiative tested in New Zealand secondary schools, in which students were encouraged to bring their smartphones and tablets to use in class, found that their digital skills were improved and there were more opportunities collaboration between students and between students and teachers.

Instead of banning phones altogether, schools could consider introducing mobile phone usage policies that build children’s digital skills and resilience by teaching them the benefits as well as the risks of using the mobile phone. mobile phone. In addition to reducing possible distractions to learning, these policies could be used to encourage appropriate mobile phone use. This can be especially important for young children who may be less able to regulate their phone use appropriately.

It is important to consider the views of those most directly involved in policy – ​​teachers, students and parents. Teachers must enforce the policy, children are the intended beneficiaries of the policy, and parents’ opinions are likely to influence their child’s compliance with the policy.

In our research at the University of Staffordshire, we conducted interviews in pairs with parents and their 10 or 11 year old children. First, they were asked their opinion on the benefits and risks of using cellphones at school. Secondly, a range of different school mobile phone policies were shared with them and they gave their opinion on them.

The results suggest that children and their parents shared the view that phones were important for staying in touch. They were also aware of the disadvantages of having phones at school, including bullying and the risks of being able to access the internet. Neither parents nor children favored policies involving outright bans.

We found that the children contributed to the discussions in a very mature way, sometimes surprising their parents with their awareness of the risks. In addition, in collaboration with their parents, they were able to come up with ideas for policies and ideal solutions to enforce them. They demonstrated good knowledge of the appropriate and inappropriate use of cell phones in school. A parent-child pair suggested a “telephone prefect” role that would have a classroom cell phone that children and parents could use to contact each other during the school day if needed.

Involving children and parents in policy-making has the potential to increase the effectiveness and enforceability of policies – and may even reduce problematic phone use by children more broadly. Consultation with parents and pupils when developing school mobile policies is already recommended in Ireland.

School policies that ban cell phones in schools may miss an opportunity to engage children and educate them about responsible cell phone use.

This article is republished from The Conversation under a Creative Commons license. Read the original article.