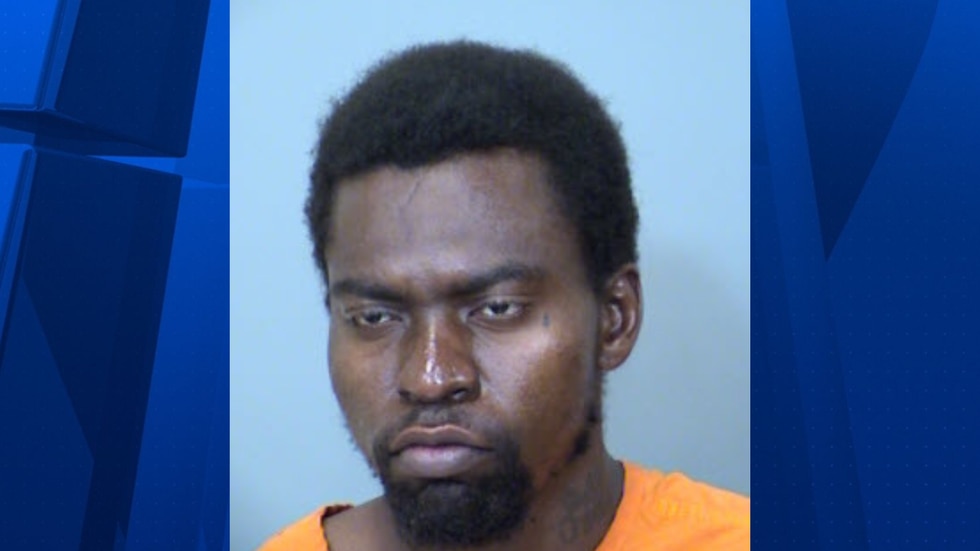 PHOENIX (3TV/CBS 5) — Police have identified the suspect arrested in connection with the brutal beating of a woman at a Cricket Wireless store in Phoenix. Police say Michael Cook, 33, attempted to rob the cell phone store near 43rd Avenue and Bethany Home Road on Saturday around 5:15 p.m. After punching and kicking a woman several times, he left the scene with stolen items.

Court documents say Cook punched the woman 13 times in the head and face. When hit, she dropped her phone and Cook picked it up. Police say the woman managed to escape by running to a local business to call for help. She had her nose broken and needed stitches for a cut on her face.

Cook’s brother, Malik Cook, says he wasn’t surprised and his brother has paranoid schizophrenia and doesn’t take his medication on a regular basis. “We tried to get him help, he doesn’t take it, and then when we hope he’s out he’s not going to mistreat people,” Malik said.

Malik says that Michael is also addicted to drugs. He lives with his mother and two uncles and will not allow Michael into their Glendale home. “We felt in danger before. We really didn’t want him here,” Malik said. “When you see my mom, she got this cut here, she got a whole cut, ripped her mouth open with a phone, threw it on her,” he continued.

He hopes that this arrest will be a turning point for his brother. “Either you find a better decision for the way you live or you end up in this for the rest of your life,” Malik said, referring to prison.

Garciela Cejuda, an employee of the company where the woman rushed to, said she heard the woman scream as she was beaten. “You could hear the girl screaming; the truth is that it was very, very loud,” Cejudo said. “And I stopped and grabbed the phone.” She said when she heard the screams she started calling 911 and while she was on the phone the woman came inside to seek help. She said the woman asked her to lock the door and call the police. “I grabbed the keys as fast as I could. There was a customer coming in, so I quickly locked him out,” Cejudo said.

Court documents say Cook went to the back of the store and pulled two phones out of a safe. He also withdrew all the cash from the cash register before taking off. Reviewing surveillance footage, police identified Cook and arrested him.

In an interview with detectives, the woman told officers she had seen Cook in the area on several occasions and believed he was homeless. The woman also told investigators that she had given him a phone paid for by the government in the past and had come in several times to report his phone as stolen to get a new one. However, court documents said she had ‘never had any issues with him in the past’.

Cook was incarcerated in Maricopa County Jail for robbery, assault and kidnapping.