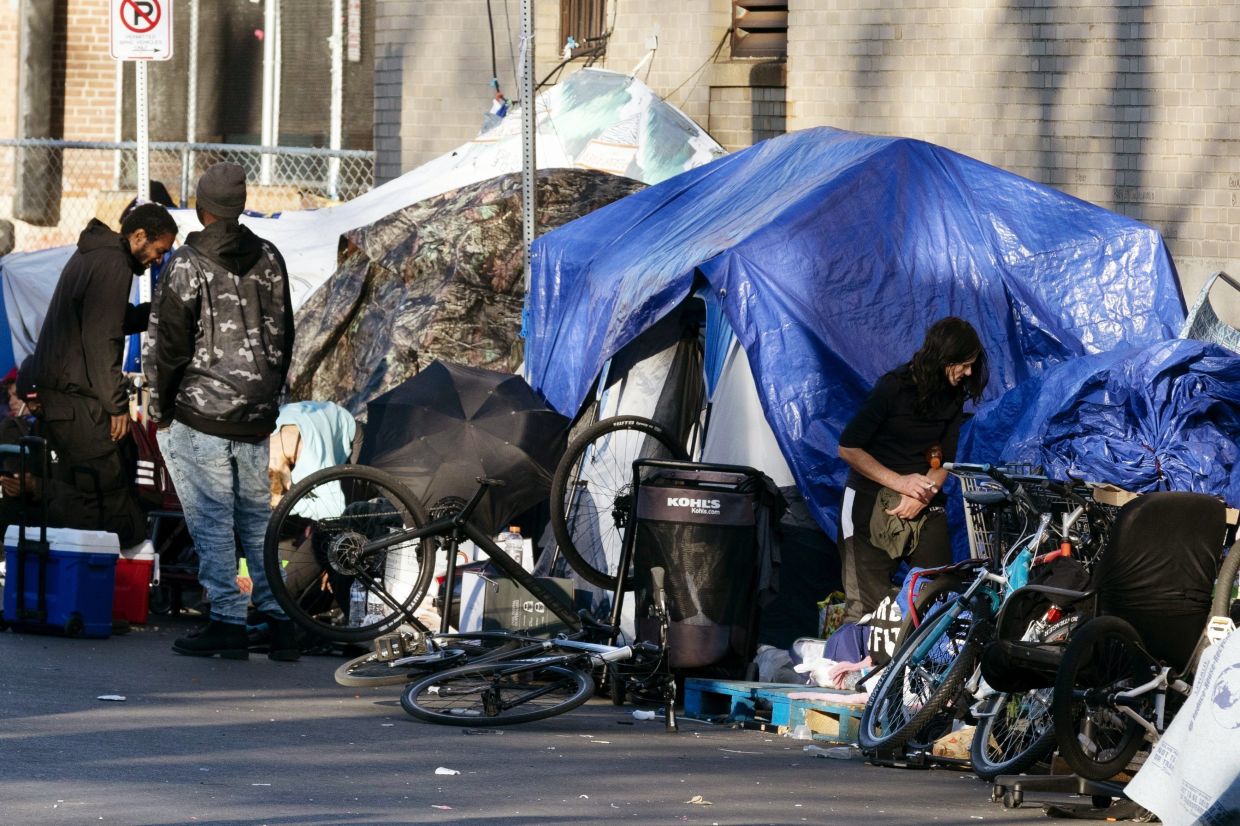 When USC researchers set out to document the effects of the digital divide on homelessness, they made an unexpected discovery: 94% of participants in their survey owned a cell phone.

Leveraging this knowledge, a crosstown team from USC and UCLA — united by a common social mission — conducted a new survey of Los Angeles’ homeless population.

Offering $10 (RM47) gift cards as incentives, the researchers ask participants to log into a mobile phone app each month to indicate where they are staying, how they are feeling, what kind of help they receive and how they are affected by policies like the city’s newly enacted anti-camping ordinance.

Their aim is to address what they describe as a “near total lack of comprehensive, high-quality evidence about the well-being, needs, or desires of the homeless community” that pervades “every stage of the emerging housing crisis.” homelessness in Los Angeles – and the increasingly reactive response from policy makers”.

A preliminary report released Wednesday by the USC Homeless Policy Research Institute gives a qualified assessment of their success. In it, they say their phone sample closely matched known demographics of the homeless population, indicating that it could provide reliable insights into the hidden dynamics of homelessness and how these are affected by public policies.

But there is still a lot of work to be done before we can refine politically relevant information such as where people go after being kicked out of a law enforcement area.

“In a way, this is just a more general inquiry at this point into what people know about these camping laws and do they think it’s going to affect them,” the co-author said. Benjamin Henwood, a professor at USC’s Suzanne Dworak-Peck School of Social. Work.

Still, “Under Threat: Surveying Unhoused Angelenos in the Era of Camping Enforcement” provides new insight into how Los Angeles’ revised anti-camping ordinance and laws in other cities are viewed on the streets. Just a quarter of homeless people feel informed about the laws, while 43% said they thought they would be forced to move and 30% had no opinion.

The report paints a nuanced picture of the street population. While all of the respondents were recruited from the streets, many reported switching back and forth between being protected and unprotected. About 16% said they lived in shelters and 8% said they were housed, mostly doubling up. Almost a third said they live in vehicles.

Attitudes towards housing were consistent with findings from other studies, including that a high percentage of homeless people would accept offers of housing, but that the type of housing mattered. Less than 20% said they would go to a shelter where people sleep in the same large room. Privacy, security, cleanliness, curfews and conflicts with staff were the main objections.

Respondents also had “exceptionally worse physical and mental health outcomes” than the adult population of Los Angeles County. Half reported symptoms of anxiety and slightly less depression. Forty-nine percent rated their health as fair or poor, compared to 17 percent countywide. Women were more likely than men to describe their health as fair or poor, and 63% reported psychological distress compared to 39% for men.

Smoking was more than twice as common among the homeless, and the Covid-19 vaccination rate was half the county average.

Three-quarters reported experiences of food insecurity, compared to 15% for the county.

What the report couldn’t yet do was track those stats by time and location. It only summarizes the initial survey conducted by 411 participants and a month-long follow-up conducted by 258. A richer picture will come from the monthly follow-up surveys that continue if more respondents are recruited.

“Our ability at this sample size to, say, accurately associate the presence of a person specifically in an application area with a set of results will be complicated,” said co-author Randall Kuhn, professor at the Fielding UCLA School of Public Health. “Double the sample size will help.”

Enrolling attendees has proven difficult and keeping them even more engaged, Kuhn said. They learn as they go. Raising the incentive from an initial $5 (RM24) to $10 (RM48) helped.

Their funding, provided by the Conrad N. Hilton Foundation, has been extended and they will resume recruiting next year.

After experimenting with different approaches, they plan to build on the survey of 5,000 homeless people each year as part of the Point Count. After asking the survey questions, the interviewers will give each participant a pitch to enroll in the mobile app survey program.

“We learned things,” Kuhn said. “The best approach is to spend 15 minutes doing the demonstration survey and building some rapport.”

The cell phone survey, formerly the Periodic Assessment of Trajectories of Housing, Homelessness and Health (PATHS) study, is part of a growing body of academic and nonprofit work aimed at addressing the shortcomings of the large number mandated every two years by the United States. Department of Housing and Urban Development, but conducted annually in many locations, including Los Angeles.

“Using the one-time count is like taking a photo with an older model camera where the image is distorted if the subject moves,” proclaims a review on the website of Built For Zero, an initiative for homelessness from the nonprofit Community Solutions, articulating a widespread complaint about the tally. “Homelessness is always on the move, and the image takes time to develop, in this case several months. The result is a blurry image of the past.

Built For Zero encourages communities to create “by name” listings by combining information compiled by outreach workers with data from service providers outside of the HUD-mandated system and report this information to the public as it arises. as they are collected.

This would be a challenge for such a large and dispersed homeless population as in Los Angeles. One of the disturbing findings of the cellphone survey is that 33% of respondents said they had no contact with outreach workers.

Unlike some critics of the annual tally, Kuhn and Henwood are not looking to replace it. They both work on it and see it as an essential part of what Kuhn calls the homelessness data ecosystem.

“It’s a community engagement effort as much as anything else,” Henwood said. “And so there is value in that.”

They hope to add value to it, especially in terms of speed.

“Hopefully we will get to the place where we have the ability to put the data online as soon as we have it,” Kuhn said.

They also add depth to the check-off questions asked year after year in the demographic survey.

“A lot of times the respondent would say, ‘I wish you had asked me more interesting questions,'” Kuhn said. “In many encounters, a person will say, ‘Do you want to ask me a question about how I feel about certain things?'”

The mobile survey, on the other hand, collects qualitative responses.

“The amount of bullying, mental and emotional abuse I’ve experienced from other patrons…and downright abusive security guards,” one black woman exclaimed of her shelter. “These places keep you mentally messed up.”

“Rules take precedence over human needs,” one white man living on the outside said of his experience at a shelter.

Of all the obstacles facing researchers, intercity rivalry is not one of them.

“I’m not local, so this whole rivalry wasn’t a thing,” Henwood said.

Kuhn, a graduate of UC Berkeley and the University of Pennsylvania, and Henwood, a graduate of Swarthmore and New York University, were brought together by their personal desire to do something about homelessness.

“It’s hard work and I think we both have other, better funded projects,” Kuhn said. “But we love this job.” – Los Angeles Times/Tribune News Service