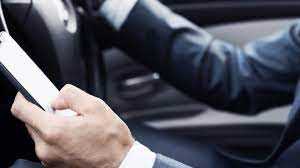 A test of a security camera to identify dangerous cell phones

This week marks the start of New Zealand’s first-ever experiment in deploying safety cameras to better understand the extent of distracted driving. The six-month Waka Kotahi project will start on Tuesday May 24 and will use data from three separate security cameras across Auckland. In Australia and the UK, similar cameras are already in use. The project will initially only log mobile phone use, with the intention of including detection of those not wearing seatbelts later in the trial period.

“A key part of Road to Zero, New Zealand’s road safety strategy, is supporting good road user choices, including encouraging people not to use their phones while driving and making sure that everyone is properly restrained,” says Kane. Better evidence of distracted driving can help shape new initiatives to encourage people to make safer choices while driving. “While no decision has been made regarding the future use of this technology, we know that we will gain valuable data that can be used to inform future decisions regarding interventions to address distracted driving and seat belt disrespect,” Kane said.

Ground Transport Director Kane Patena says driver distraction is a contributing factor in almost 8% of all crashes where someone is killed, and around 90 people a year are killed on our roads because they did not wear a seat belt. “However, the extent of distracted driving and seat belt disrespect in general is mostly anecdotal,” Kane says. “This trial provides the opportunity to accurately measure the extent of cell phone use and people not wearing seatbelts, as well as to test camera technology, providing useful insight into these security issues. road safety.

The cameras capture all vehicles moving through the site, detecting drivers whose hands are not both on the steering wheel of the vehicle and potentially otherwise busy with a mobile phone. The cameras will also detect if the occupants are wearing a seat belt. To protect people’s privacy, the face of the driver and passengers are not included in the image, and the vehicle license plate will be automatically blurred when capturing an image. Images where no violations are captured are deleted within minutes on the camera site, and those where potential violations are detected are deleted within 48 hours.

Since the trial is information-gathering and there is no police involvement in the trial, no enforcement action will be taken following the trial. This means that no warning letters, violation notices or any other communication related to any violation detected by the relevant speed cameras will be sent. A privacy impact assessment of the trial was completed and Waka Kotahi worked with the Office of the Privacy Commissioner to address any privacy issues. The results will be posted on Waka Kotahi’s website after the trial.