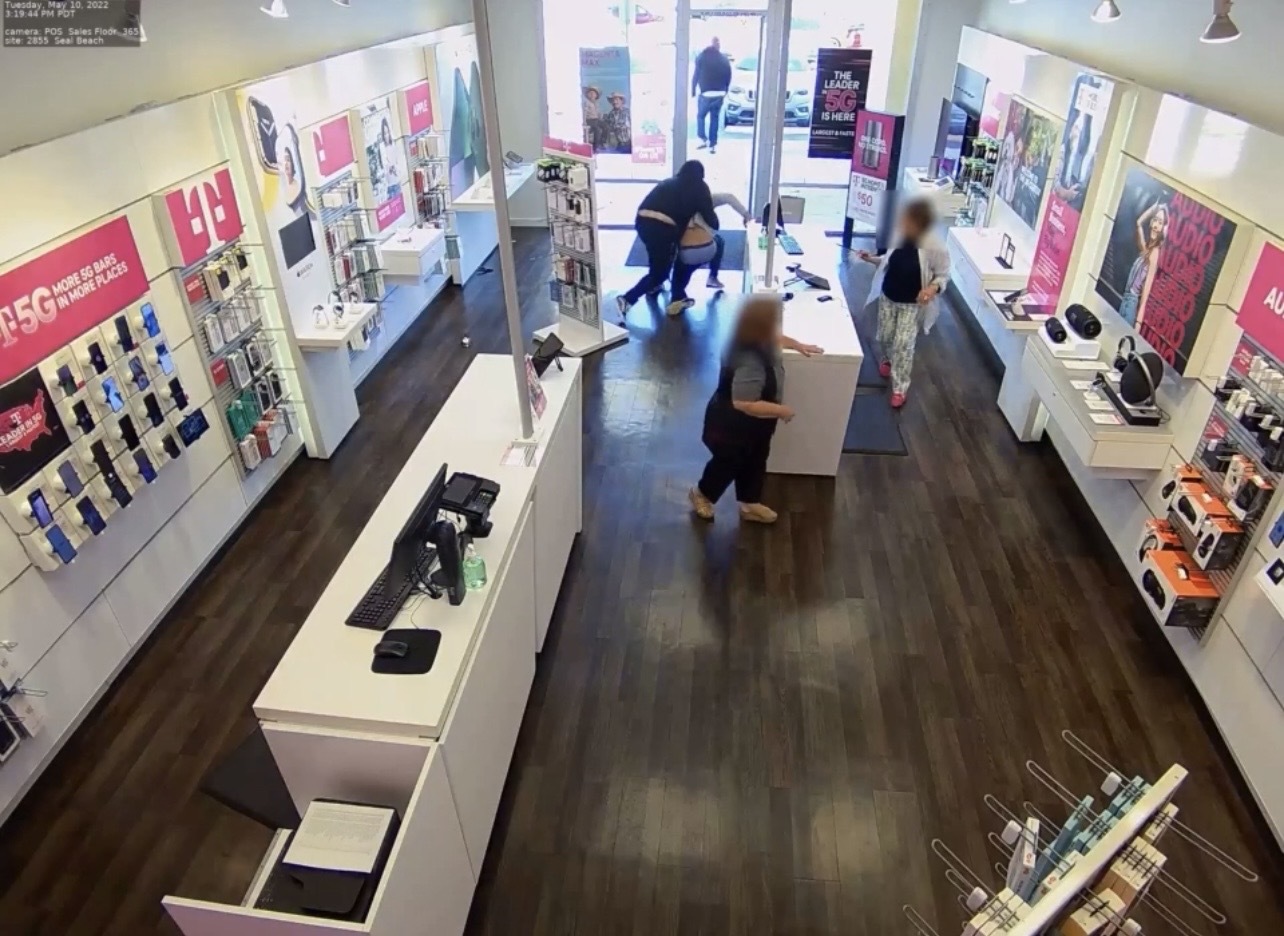 Police are asking for the public’s help in identifying two men suspected of attempting to steal a T-Mobile in Seal Beach on Tuesday afternoon, which resulted in a tense fight between an employee and one of the suspects, according to the authorities.

The theft took place around 3:20 p.m. at the T-Mobile plaza at 12800 Seal Beach Boulevard, police said. Two suspects entered the store and attempted to steal “high-end cell phones by cutting the security cables attached to the screen,” Seal Beach police said in a statement Thursday.

Security footage shows a suspect talking to an employee inside. Shortly after, the second suspect enters the store and approaches a cell phone screen. The second suspect is then seen with his back to the employees as he attempts to remove the cell phones from the display.

When the employee notices the man cutting the phones off the screen, he attempts to stop him from leaving, blocks him, and grabs him as he attempts to head for the exit. Meanwhile, the other suspect attempts to open the door but flees as the employee tackles his alleged co-conspirator to the ground, the video shows.

As the fight spills out, witnesses hide behind a ledger and more T-Mobile employees emerge. Eventually, the suspect appears to drop one of the stolen phones before walking away from the employee, crossing the parking lot and fleeing the scene with the other suspect in a gold Lexus sedan, authorities said.

A witness told police the suspect was holding a gun during the fight but did not fire. No injuries were reported.

The theft investigation is ongoing. Police are urging anyone with information to contact detectives at 562-799-4100 ext. 1113.